This story was originally published on leanin.org. Professional photography by George Baier IV. 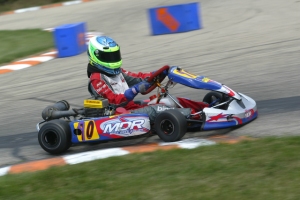 I pulled up my fire suit, strapped on my helmet, closed my visor and hit the gas. It was the first time I leaned in. I was 10 years old.

Go-karting always made sense to me and being at the track always thrilled me. I immediately started winning and was having the time of my life, when two years later I read about a 12 year-old boy who had moved into racecars. I decided if he could do it, I could do it. At the age of 13, I raced in my first car race and at age 14 I became the first woman to win a Skip Barber Racing Series championship. I made history!

At age 12, I realized that this was more than just a hobby I did for fun. I wanted to become a professional racer. There aren’t many high-profile female drivers. But the car doesn’t know if I’m a man or a woman and it doesn’t care.

There were always the folks who told me “no.” Sometimes it was explicit: I spent weeks preparing a pitch for a company for sponsorship, and before I could finish they said, “No, we’re just not interested.” The meeting was over. Sometimes, the “no” was implicit. I noticed that my coaches were often more friendly to my brother, who also drove, than they were to me.

While it could be disheartening, I realized that the nay-sayers simply did not understand my dream. I learned to embrace life’s uncertainty, which exists both on and off the track. Did we set the car up well enough to win the race? Will I be crashed out? As I watched my friends secure jobs for after graduation, I knew I was tackling a path that had a chance of not working out. However, the excitement and possibility of succeeding completely destroys the fear I have of failing.

So why racing? I love feeling the machine come to life under my touch and control. I love going fast. And I love winning.

My dreams don’t have to make sense to everyone. I’m chasing this the same way I approach everything: foot on the pedal, full speed ahead. 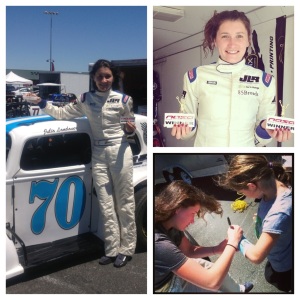